University Hospitals Dorset NHS Charity announce the arrival of £365,000 walking robotics which will be used to help stroke patients at the Royal Bournemouth Hospital as they relearn to walk.

The aptly named Walkerbot appeal began in 2020 and thanks to generous donations from incredible individuals, local businesses and community supporters, the robotic device was funded by the charity in just 20 months. This state of the art piece of technology is the only one of its kind in an NHS hospital in England and is now in use at the Royal Bournemouth Hospital Stroke Unit, helping patients to take the thousands of steps needed a day to allow their brains to rewire during recovery. 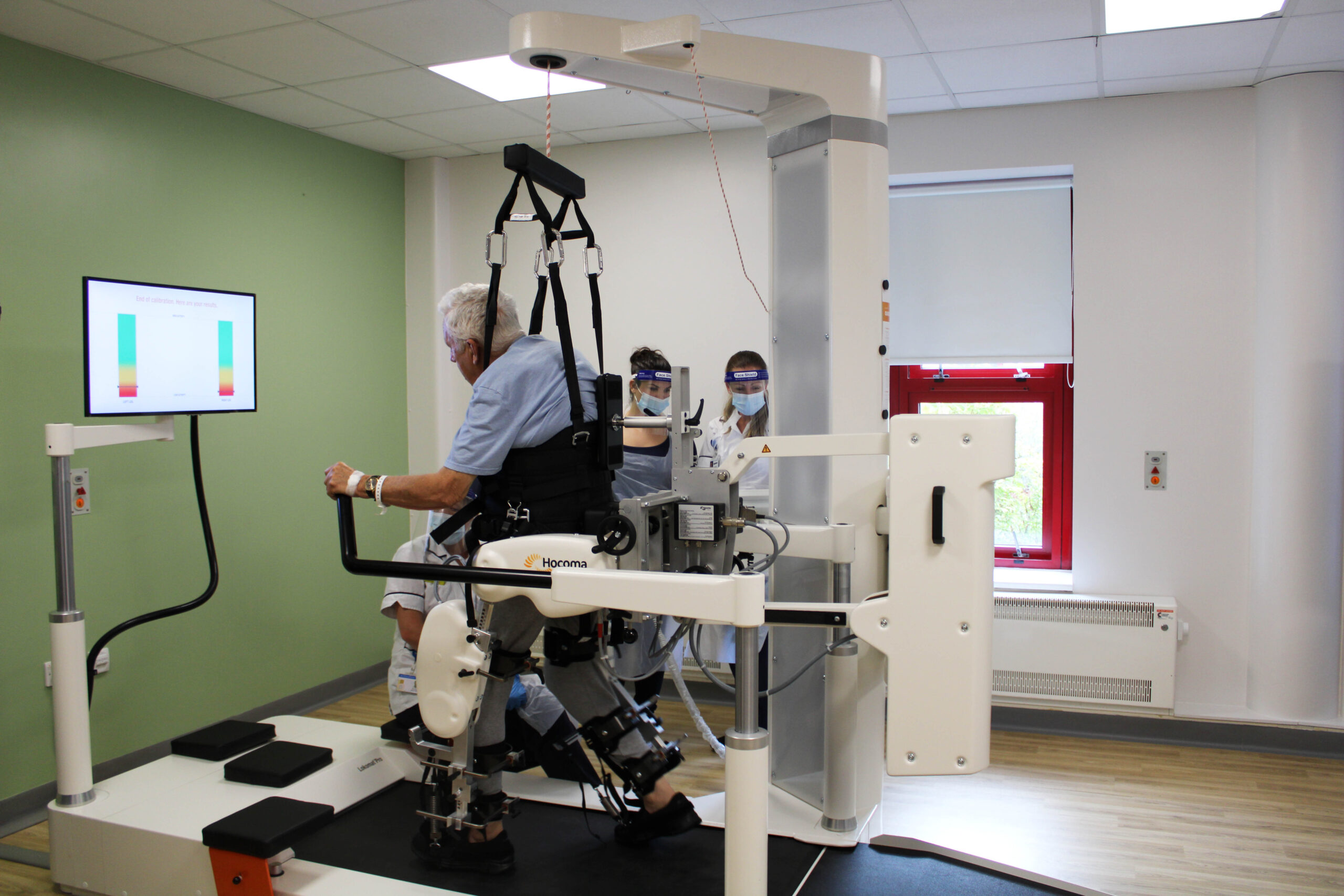 Dr Louise Johnson, Consultant Therapist for Stroke at University Hospitals Dorset said “I can’t quite believe the Walkerbot campaign has come to an end and that we are now able to offer people in East Dorset access to such an incredible piece of technology as part of their rehabilitation with us. The science behind what we do in stroke rehabilitation is always evolving, along with our understanding of how best to support patient recovery.

It’s fantastic for patients, but equally exciting for our staff who are committed to providing excellent care. I’m looking forward to working with the team over the coming weeks and months as we embed this within our stroke and neuro rehab services.”

Sara Brammall, Managing Director at Summit Medical and Scientific said “Congratulations to the fantastic fundraising team at University Hospitals Dorset, and a huge thank you to all those who contributed to the campaign. This device will make a big difference to the lives of stroke patients and their families, who deserve access to the very best rehabilitation possible. We are very proud to have played a part in bringing such beneficial equipment to the hospital and look forward to seeing patients making great progress.”

Karen Smith, Fundraising Manager at University Hospitals Dorset NHS Charity said “The Walkerbot appeal has been such an exciting project for us and we are delighted that stroke patients now have access to such an incredible piece of technology. The support we’ve received during this campaign has been phenomenal and I cannot thank each and every supporter enough for making donations, taking on challenges and doing what they can to support the hospital.“

University Hospitals Dorset NHS Charity would like to thank supporters who contributed so generously to this campaign and recognise that the success of the Walkerbot appeal was a true community effort.

Donations came in many different forms and included a donation of £150,000 from the Alan Miller Charitable Trust, just a few months into the fundraising appeal. Further funds were raised through challenge sponsorships, grants from local charitable trusts, individual donations and events as well as both corporate and community support.

If you would like to find out more about the Walkerbot appeal, fundraising efforts or current projects please visit UHDcharity.org or follow @UHDcharity across social media.